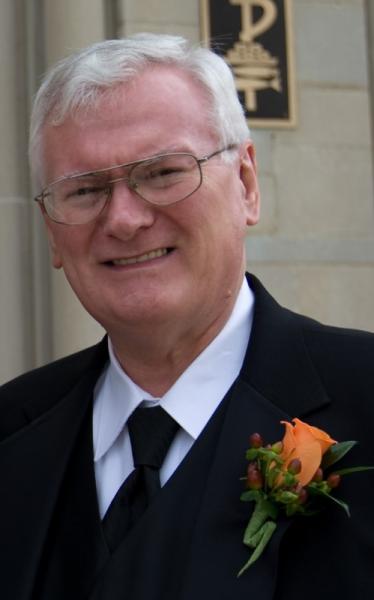 Peacefully at home surrounded by his loving family, predeceased by his parents Charlie and Evelyn and his brother Frank.

Reposing at McGowan`s funeral home on Friday evening from 5pm with removal at 6:30pm to St. Muredach`s Cathedral, Ballina.

Mass of the Resurrection on Saturday morning at 11am with burial afterwards in Leigue cemetery, Ballina.

John J. Garvey, a native of County Mayo, Ireland, passed away on Friday, June 29, 2018. John was the son of Charles & Evelyn Garvey. He was a devoted husband to Ann, loving father to William (Carol) and cherished grandfather to Sara. He was the fond brother of Cathal and the late Frank in Ireland. He is sadly missed by his extended family in the US and Ireland including his nieces and nephews. A true son of Ireland and an equally staunch American patriot, John has held a number of leadership positions in the Irish American community: a past president and founding member of the American Irish Teachers Association whose newsletter he wrote & edited with his wife; past president of the Mayo Society of New York whose newsletter he also wrote & edited for over 25 years. He pioneered the educational outreach program organized to bring new immigrants into higher education. He was a Director of the Emerald Isle Immigration Center. He was at the forefront in securing the Irish Immigrant Stamp from the US Postal Service and bringing about the NYS Irish Famine Curriculum. He was an essay judge for the St. Patrick’s Day Parade Committee essay competition; a Director of the Irish Institute; an avid AOH Division 4 member and member of the Bronx Gaelic League. He was an energetic fundraiser for Western Care and the Ceide Fields development as well as many other projects. A former chair of the Irish American Heritage & Culture Committee, N.Y.C. Board of Education he organized the production of a documentary video, “The Irish in New York” which for many years was shown on Channel 25 in connection with St. Patrick’s Day celebrations. John also chaired the prestigious United Irish Counties 1916 Commemoration Committee which produced a book exploring New York City’s pivotal role in the 1916 Rising: “THE EASTER RISING: NEW YORK AND BEYOND”. In addition to his demanding role as committee chair, John wrote the introduction and contributed an essay for this publication. For his work in the development of “The Easter Rising: New York and Beyond”, the United Irish Counties awarded John the Rose Cosgrove Distinguished Service Award. John also received the Salmon of Knowledge sculpture from the Irish government in recognition of his many contributions to the advancement and understanding of Irish contributions in the US and abroad. As a Vietnam War era vet John was an instructor in the Engineer School at Fort Belvoir, Virginia. This experience inspired him to devote his professional life to the field of education. He retired from the New York City public school system after more than three decades of service as a teacher in PS 85X. John received his secondary education from St. Muredach’s College, Ballina and Patrician College, Ballyfin, Co. Laois. He held a B.A. from Fordham University in Marketing and Management and an M.A. in Distributive Education form NYU. He was honored as “Educator of the Year” by the Association of Teachers.

You are welcome to leave a message of condolence below for the family – please see form at bottom of page. Alternatively, you can send a private message to the family on info@ballinafuneralhome.ie